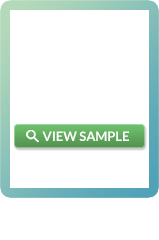 And the barriers had vanished

A bracing work about equality, relationship, and love for soprano and violoncello.

Song cycle for soprano and violoncello.

I. Prelude
II. And this is of a boy who sat in school
III. Timarion
IV. He asked about the quality
V. Clifton and a Lad’s Love
VI. Alexis
VII. Postlude: And the barriers had vanished

Commissioned by and dedicated to Justin Dougherty, violoncello, and Meredith Mecum, soprano

And this is of a boy who sat in school.
The masters talked about Greek accidence and
quadratic equations, and the boys talked
about lobs and byes and bases and goals;
but of that which was nearest to his heart no one said a word.
It was laughed at - or left unspoken.
Yet when the boy stood near some of his
comrades in the cricket-field or sat next
them in school, he stocked and stammered,
because of some winged glorious thing which
stood or sat between him and them.
And again the laughter came, because he had
forgotten what he was doing; and he shrank
into himself, and the walls round him grew,
so that he was pent and lonely like a prisoner.
Till one day to him weeping, Love full-grown,
all-glorious, pure, unashamed, unshackled,
came like a god into his little cell, and
swore to break the barriers.
And when the boy through his tears asked him
how he would do that, Love answered not,
but turning drew with his finger on the
walls of the cell.
And as he drew, lo! beneath his finger sprang
all forms of beauty, an endless host -
outlines and colors of all that is, transfigured:
And, as he drew, the cell-walls widened - a new
world rose - and folk came trooping in to gaze,
And the barriers had vanished.

Thine eyes are fire, Timarion,
thy kiss a liméd lure;
thou kindles whom thou look'st upon,
whom touchest, hast him sure.


He left the office where he’d been given
a trivial, poorly paid job
(something like eight pounds a month, including bonuses) —
left at the end of the dreary work
that kept him bent all afternoon,
came out at seven and walked off slowly,
idling his way down the street. Good-looking,
and interesting: showing as he did that he’d reached
his full sensual capacity.
He’d turned twenty-nine the month before.

He idled his way down the main street
and the poor side-streets that led to his home.

Passing in front of a small shop that sold
cheap and flimsy things for workers,
he saw a face inside, a figure
that compelled him to go in, and he pretended
he wanted to look at some colored handkerchiefs.

He asked about the quality of the handkerchiefs
and how much they cost, his voice choking,
almost silenced by desire.
And the answers came back in the same mood,
distracted, the voice hushed,
offering hidden consent.

They kept on talking about the merchandise —
but the only purpose: that their hands might touch
over the handkerchiefs, that their faces, their lips,
might move close together as though by chance —
a moment’s meeting of limb against limb.

Quickly, secretly, so the shop owner sitting at the back
wouldn’t realize what was going on.

This time it is no dream that stirs
The ancient fever of my brain:
The burning pulses throb again,
The thirst I may not quench recurs.

In vain I tell my beating heart
How poor and worthless were the prize:
The stifled wish within me dies,
But leaves me unextinguished smart.

It is not for the love of God
That I have done my soul this wrong
'Tis not to make my reason strong
Or curb the currents of my blood.

But sloth, and fear of man, and shame
Impose their limit on my bliss:
Else I had laid my lips to his,
And called him by love's dearest name.

At 12 o'clock in the afternoon
in the middle of the street - Alexis.
Summer had all but brought the fruit
to its perilous end:
& the summer sun & that boy's look
did their work on me.
Night hid the sun.
Your face consumes my dreams.
Others feel sleep as feathered rest;
mine but in flame refigures
your image lit in me.

The genesis of this project is remarkably serendipitous. Justin had been on the lookout for openly-gay composers who might be interested in writing works for his Queering the Pitch recital series. It just so happens that he found my website through a friend and felt compelled to write me an email to gauge my interest in the project. Inspired by the thought of writing a song cycle for soprano and violoncello, I responded quickly that I would be most delighted to do so!

“And the barriers had vanished” is an exploration of the many facets of love in hiding. The texts are diverse, drawn from a selection of poets whose words touch on themes of passion, coming-of-age, secrecy, forbidden desire, and exultation. The music is mostly my own, with the exception of the fifth song. There I borrow the entirety of the “Andante lento” from Benjamin Britten’s Second Suite for Cello, Op. 80, so that I may allow the text to draw parallels with Britten’s own internal conflicts. As with the Britten, I have recently been fascinated with the layering of new material over older musical material. I do the same thing to my own original music between the Prelude and the Postlude, where the soprano voice can no longer hold in her glee, but must interrupt the former violoncello solo to proclaim her joy.

The music is dedicated gratefully to Meredith and Justin.